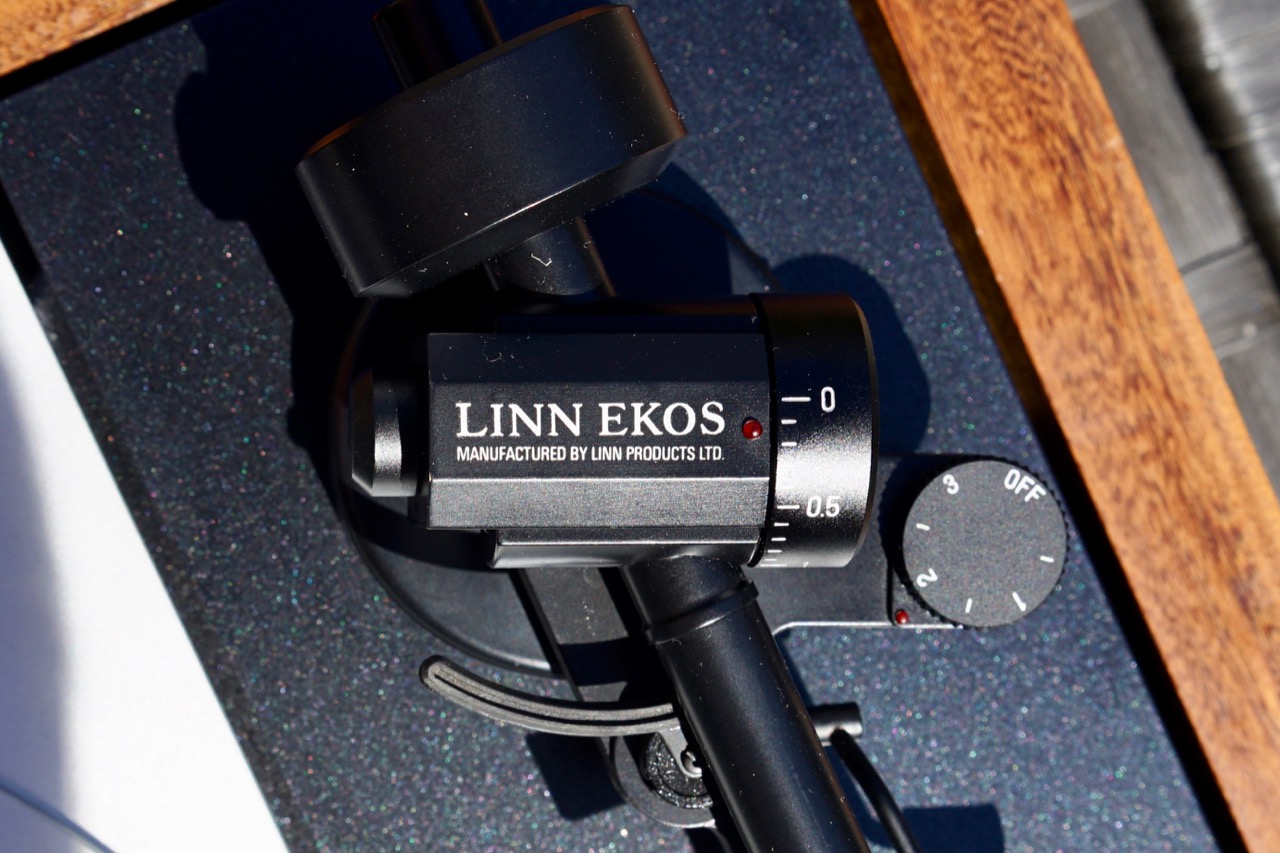 Since my last major installation, the world has turned completely upside down. I’ve been in coronavirus lockdown since mid-March, working from home and only going outside to jog and buy groceries. Scary as it’s been, it certainly hasn’t dampened my enthusiasm for my LP12 Modification Frenzy or for listening to music in general. Indeed, I’m relying more than ever on music — and I’m grateful to have lots of picky, precise, time-consuming work to keep me busy every couple of weeks.

My previous “upgrade,” the Dynavector XX-2 cartridge, was a bit of a disaster. For reasons I still don’t really understand, this fancy moving coil cartridge made my system sound way worse. But I suspected that, whatever the problem was, it would probably go away once I’d swapped it onto a different tonearm and subchassis. I mean, there’s no way a cartridge that well-reviewed (and expensive) could sound that bad. I figured it couldn’t be the problem.

In terms of methodology, I’m not crazy about changing two things at once. But since one-piece subchassis don’t have interchangeable armboards, you need to totally change them for arms with different geometries. I’ll be trying three tonearms in this LP12MF — Nima, Ekos, Aro — and they all have different geometries. So I have three different subchassis. (Edmund of Mober has offered to let me test one of his subchassis for Linn, but given pandemic madness, it didn’t arrive in time.)

So I had to do two things at once here: change a machined-from-aluminum Mober subchassis for a hybrid-construction (some machined parts, some screwed and glued sheet aluminum) Linn Kore; and swap out a unipivot Nima for a gimbaled Ekos 2. I got the Ekos used in very good condition from an owner who raved about its authoritative bass. I would’ve loved to have tried an Ekos SE, but, so expensive… (I love the name Ekos, by the way — a Linn-ized spelling of Écosse, the French name for Scotland.)

As I like to do, I stripped everything down and leveled the jig the night before. Then I woke up bright and early and got to work. The Mober subchassis has done a great job and made a huge positive difference in my system. Farewell, friend!

The Nima is a very light tonearm; the Ekos is quite heavy. So I had to be more deliberate in my selection of springs: the very stiffest near the tonearm, medium stiffness near the cartridge, softest near the motor.

With the Kore mounted, it was time to introduce the Ekos 2. There it is in its fancy ash box. (Too bad it doesn’t match my plinth…)

In case you wanted a closer look.

The next step, discussed in great detail by Peter Swain in his wonderful LP12 Set Up Guides, is getting the cartridge leads installed in the very cramped space of the Ekos’s tiny headshell. I didn’t think this would be a huge deal, but it was a massive pain. On the advice of Edmund of Mober, I bought the pictured Oyaide headshell leads. Well, they are pretty bulky and inflexible…

It required a lot of twisting a bending to make mine like the one in the pic. But everything seemed okay… So it was time to get the arm mounted and the cartridge aligned.

First pic with the Ekos installed. I think the Nima and the Aro are both really cool-looking tonearms. But the Ekos definitely has that battleship, industrial-strength thing going for it…

Now it was time to align the cartridge with by Ekos-speific Mint LP Best Tractor. I have one for the Nima, too, but there was a manufacturing error and it didn’t work. So I was excited to give it a go with a proper one. And since everything else had gone so smoothly, I had plenty of time to be patient. All the tools are above: some loupes, a head lamp, and (my brilliant innovation!) a S.A.D. daylight lamp. Man that thing is bright.

I followed all the steps — which take a while but are sort of fun, what with all the specialized equipment — and got things dialed in. The hardest part was immobilizing the platter: I needed lots of blue tack and little bits of eraser.

I found the Ekos really easy to get set up compared with the Nima. I appreciate that it has convenient dials for tracking force and anti-skate — very handy and easy to use after the über-fiddly Nima. And no azimuth to set — what a delight! Also, the VTA screw is big and tough and easy to get nice and tight. The tonearm lead attaches securely and the cable dressing is a snap. All in all, it’s a beautifully made arm — and since it’s made specifically for the LP12, very easy to work with. Handsome and smart.

Then I leveled the armboard and set the suspension. I finally get what all the “pistonic bounce” fuss is about. The suspension behaves totally differently with a heavier arm installed. And yes, it sometimes bounces sideways — and, for some reason, rotating the grommets really does affect the way it bounces. It took a little bit of work to get it bouncing properly — much less than getting the cartridge aligned — but it was pretty easy and quite fun.

Everything was ready to roll, and it was only noon. I began to think of all I could do with free afternoon…

I took the LP12 back to my office, plugged it in and… nothing. Not a peep.

I figured it was those damned Oyaide headshell leads. I poked them around a bit and, sure enough, one channel came alive. But after disassembling and reassembling several times, I couldn’t ever get them both going at the same time. Very annoyingly, it was time to undo all my hard work getting the cartridge aligned and swap in some different headshell leads…

But I decided to stick to my principles. Changing two things at once was bad enough. Changing three things would be a disaster.

So I spent about half an hour meticulously pre-bending all the tags so as to allow my XX-2 to fit into the Ekos headshell. It was a lot of very annoying, fiddly work. But finally it was done.

It you look really closely you’ll see just how fiddly.

Then it was time for another alignment session. Despite feeling extremely impatient, I forced myself to take my time and make sure everything was exactly perfect. The Best Tractor is pretty brilliant: it’s not easy to get things perfect, but when you do, you really know it.

This time when I got it back in my office, the LP12 behaved and played music. The first disc I listened to was my beloved “The Cry!” which definitely sounded very very nice. I also really enjoyed the Ekos’s smooth cuing system, which I was experiencing for the first time…

Here it is the next morning, looking lovely playing a first pressing of The Byrds’s Younger than Yesterday, which I picked up at Amoba last month for… $4! It too sounded terrific.

It seems to be getting along well not only with the XX-2 and the rest of the turntable components, but also with its many plant neighbours…

And I am very fond of its battleship appearance. I like the Linn font too — very Factory Records. I suspect the Aro will be a little cooler looking overall, but I really like the look of the Ekos.

Since getting it set up two days ago, I’ve been listening to a lot of records. And I must say, the Kore/Ekos/XX-2 combination sounds amazing. Whatever was going wrong seems to have been resolved. I’m not sure it’s sounding better than ever, but I wouldn’t be surprised.

Anyway, I’m going to let myself enjoy the music for a few weeks before making any more changes. Indeed, I might start in on a series of “horizontal comparisons” I’ve been meaning to do… comparisons of different pressings of the same record. I’ve accumulated quite a few of those!

Well, I don’t know this for certain, but the old red dot Ekos in the wooden box was an Ekos 1, not an Ekos 2. The Ekos 2s had silver dots unless they were “rebuilt” (exchanged) by Linn. Unless you have documentation that this Ekos was an exchanged one, I’d tend to assume that it’s an Ekos 1. Would that make a difference? I don’t know. I think the bearing issues with the Ekos 1 was overblown but you may have got a bad one. This may or may not manifest as a bad “swing” test and may be more a tracking/sound quality manifestation.

Hi Keith,
It was definitely an Ekos 2 (the serial number confirms it) — just an early one. I later did a “Swing Test” with my Ekos and it was all good — you can see it here: https://www.youtube.com/watch?v=TK8-Ws69W7I . I’m still not sure what was up with that setup. I sold the Ekos 2 this summer to fund the purchase of my Javelin, a move I’m happy with.

Hi
I have just got a decent Ekos 1 for my LP12 and am having the same issue with the wires. It’s a nightmare! Booked in for a Kore/Karousel upgrade in 2 weeks. I might wait and let their Linn specialist fit the cartirdge!

In the photos you seem to have a tracking force of only 0.3g on the dial… surely that`s a bit low? most carts track at 1.5-2.0g

hifiafreply
– In reply to: Ralph