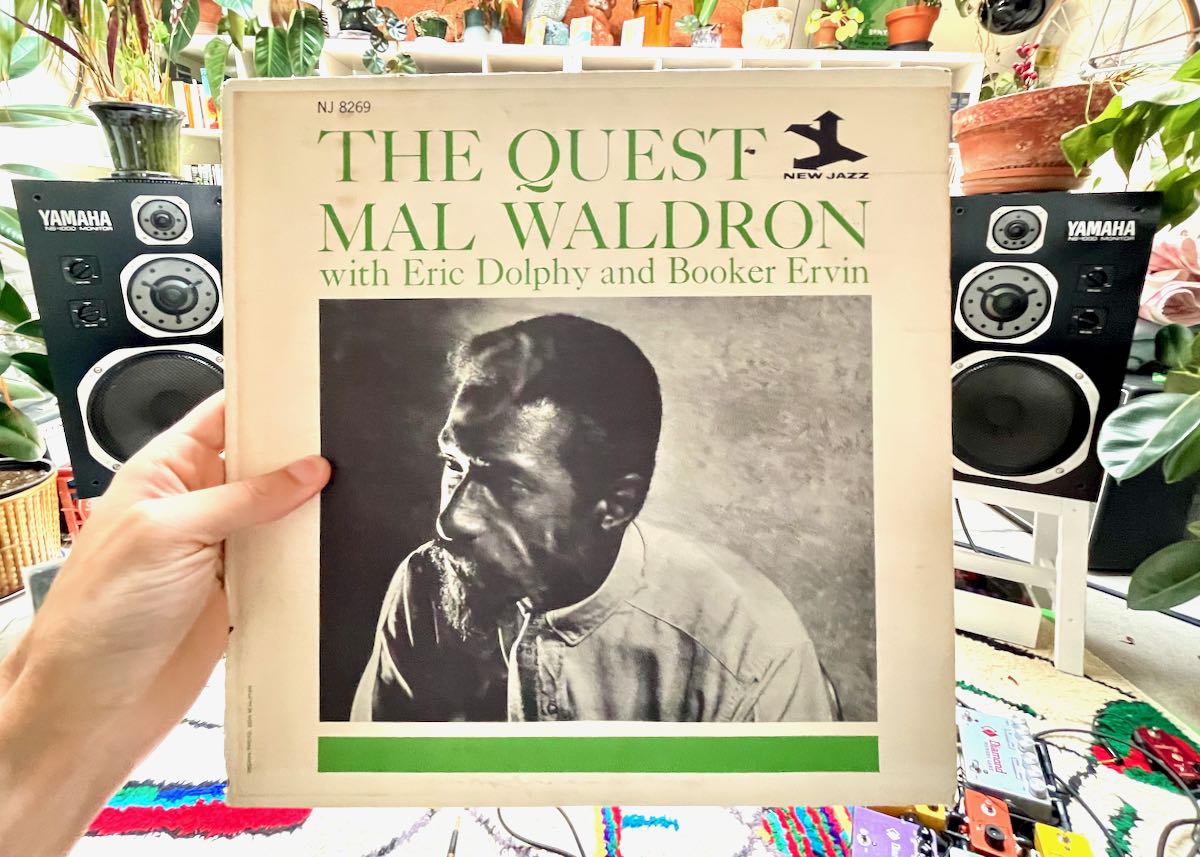 This is one of the records that hooked me when I was getting into jazz. It’s the album that taught me how much I love ballads: the serene, heartbreaking “Warm Canto,” the stately, sad intertwining horns on “Duquility.” It’s reflective, honest music that captures whole ranges of emotion without saying a word. The uptempo numbers like “Status Seeking” are “out” in that fairly gentle, transitional early-60s, pre-“Free Jazz” style, reminiscent of other contemporaneous Dolphy discs like Out There. Personally, I would have preferred all the ballads on one side and all the uptempo stuff on the other, as the transitions can be a bit jarring… but what can you do? Dolphy on alto sax and clarinet and Ervin on tenor steal the show here, but subsequent listenings reveal the subtle, steady skeleton of Waldron’s piano. Ron Carter also plays some badass cello here, and if there’s one thing I’ve learned I LOVE in jazz, it’s a well-played cello.

My first copy of this was the excellent stereo Original Jazz Classics pressing from 1983, which was super cheap. When I got a mono setup, one of the first discs I bought was this early Prestige “trident” pressing — and it’s just that much better. This era of jazz just sounds best in mono, and Rudy Van Gelder recordings in particular shine in mono. Trident pressings are incredible value: this one has the same RVG stamps as the super-expensive New Jazz pressings from a few years before, and probably sounds every bit as good, but you can get one in terrific shape for under $100.