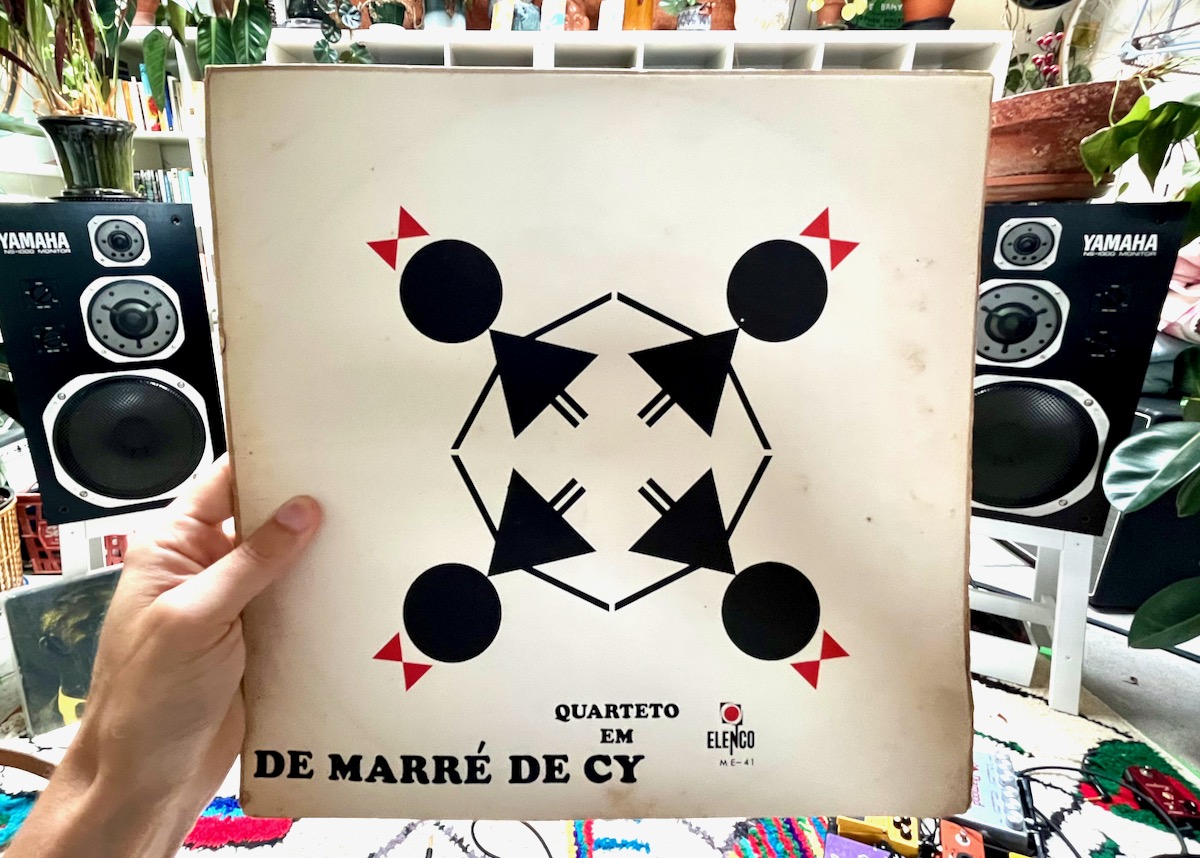 This record is pure candy for me. I’m a huge fan of Quarteto Em Cy, whose four-part harmonies range from pep-rally to tear-jerker — and I’m a massive sucker for Sidney Miller, FOUR of whose songs QEC perform here, including the punning title track.

QEC’s first two records were on Forma and both are awesome. The next several are on my beloved Elenco, and they’re even better. Their 1966 Elenco debut is utterly charming, containing possibly my single favourite Brazilian recording, the pocket opera “Amaralina,” about which I will no doubt write eventually…

But I love this album even more. That’s all down to Sidney Miller and his perfect songwriting: catchy, touching, melodically sophisticated, lyrically sincere. “A Menina Da Agulha” might be his masterpiece, and performance on this disc is even better than the one with Nara on his own Elenco solo record. The arrangement is perfection — quiet enough to leave space for the interlocking harmonies, for the soaring vocals to fly in from offstage…

There was some kind of magic in the Rio studios of the 60s and 70s, especially at Elenco. I’d put “A Menina Da Agulha,” in this recording, in my top 10 most most satisfying overall experiences with recorded music. And while a lot of Brazilian music is super expensive, this disc is downright cheap.

There were two very slightly different versions of this record released in 1967: one with the barrettes on the cover stick-figures in black, one with the barrettes in a more Elenco-appropriate red. Since they’re cheap, I tracked down both — and to my ear they sound identical and equally incredible. All the clips here are from the red-barrette version, which is slightly rarer and I think cooler — except for the last, “Se A Gente Grande Soubesse,” from the black-barrette version. It’s sung by the incredible “Bilinho,” about whom I know nothing, other than that he is a little boy and that he rules.