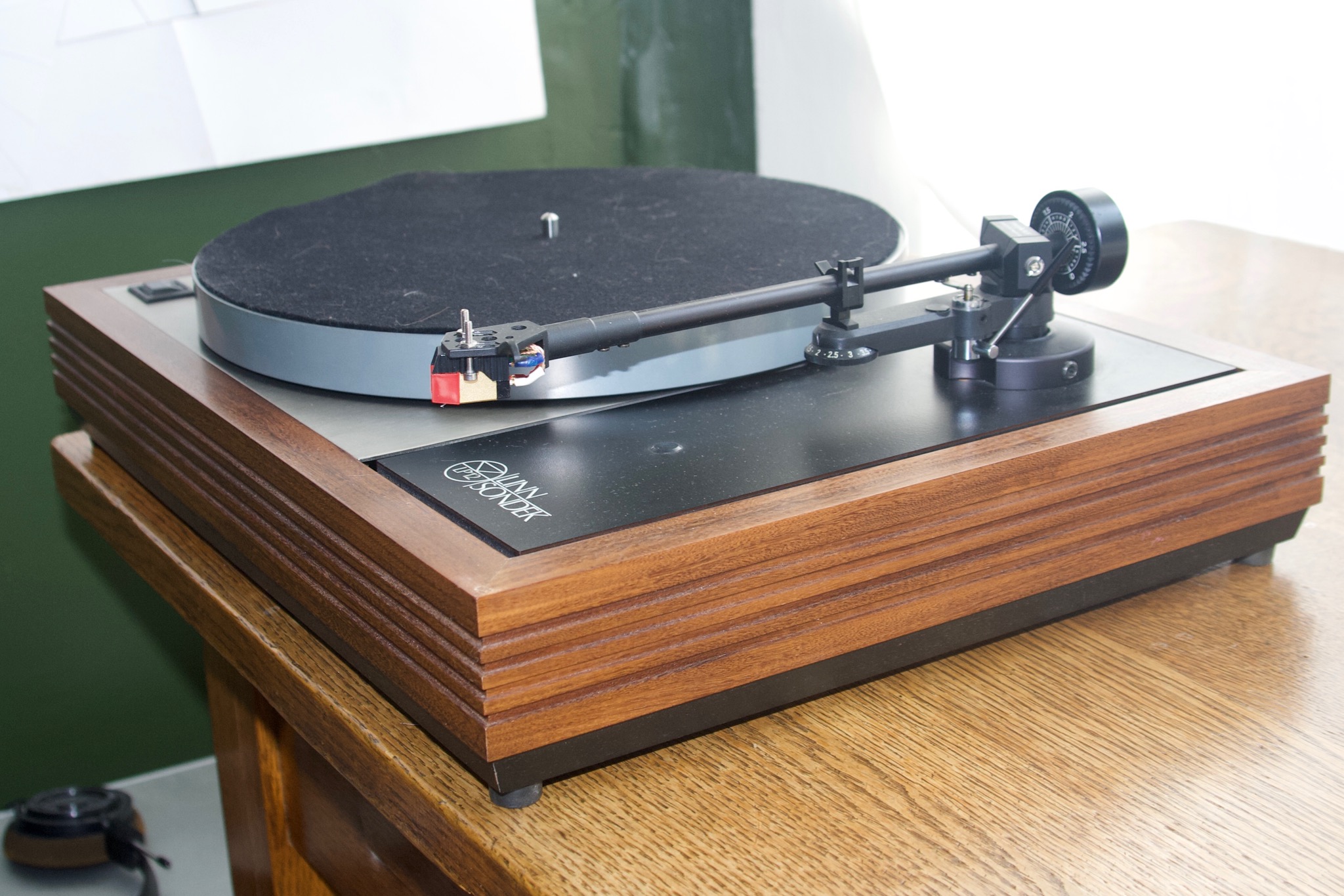 Going through an old hard drive, I found a bunch of photos from 2007 of my LP12 in something like its original configuration. I think I might have taken them when I bought my Rega P3 as a second turntable and found that it sounded just as good as my LP12. My history of dissatisfaction with my LP12 is long… I remember that I ultimately decided not to sell because some jerk offered me $500 for it and when I said no (I was asking $1250, if I recall correctly), he wrote a two-letter reply: “F. Y.” Something about that upset me so much that I pulled the listing.

Anyway, there is it, exactly as it came to me except for the cartridge. Single light means this is pre-Hercules II — the original wonky Valhalla is in there. Basic Plus tonearm, so this is before I swapped in a Rega RB250. Also, it’s dusty as hell. Apparently I hadn’t figured out how to use lint rollers to clean the felt mats.

Dramatic angle. At least I had it set up more or less correctly! The armboard does seem to be tilting down a bit, but that might just be a non-level desk. (I just had it there for photos; I had a proper level surface for it to sit on when it was being used.) Those extra-long cartridge screws are disgusting.

I was using a Garrott Brothers Optim S cartridge that I bought on Canuck Audio Mart. I have no particular memories of it. I do remember something about the Garrott Brothers and a suicide pact, though…

Everything else is gone.