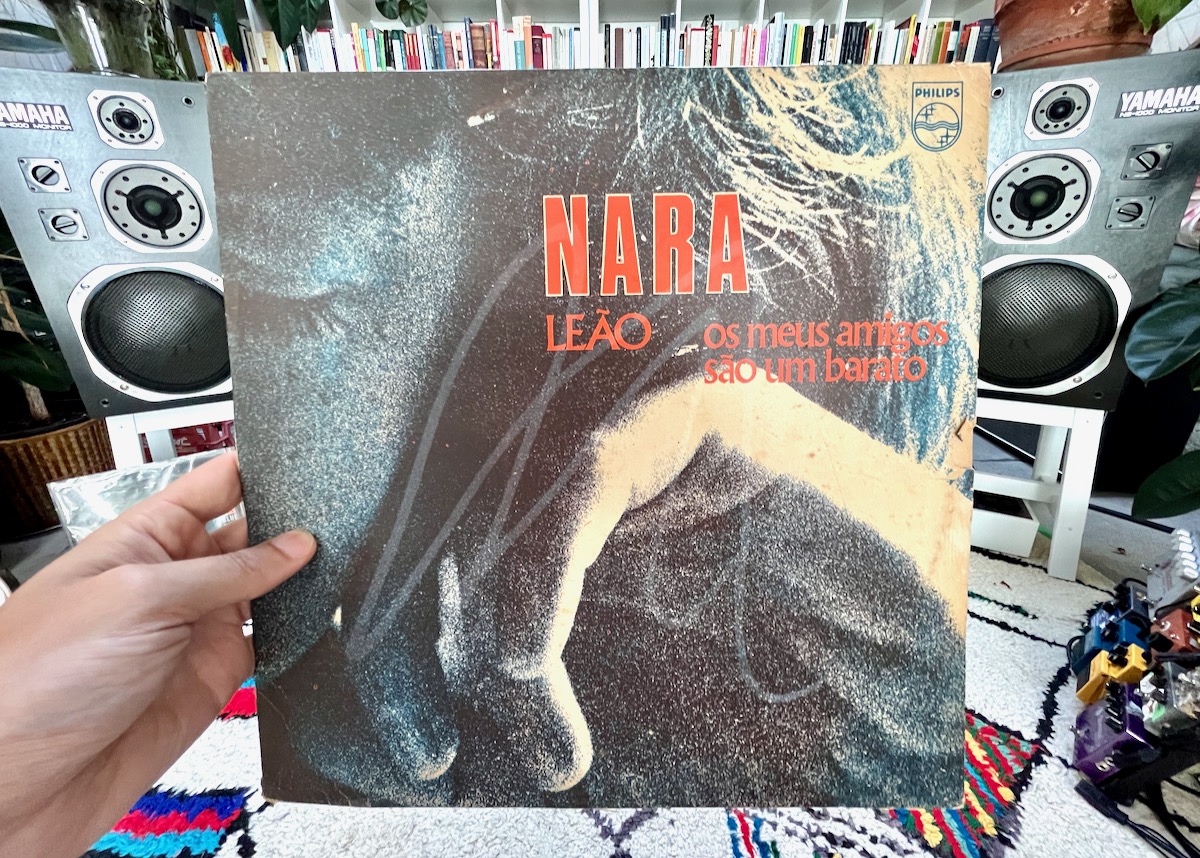 Nara Leao can do no wrong in my eyes. The run from her 1964 Elenco debut to her Sidney Miller-produced 1969 Coisas do Mundo is beyond perfect — inventive, experimental, whimsical, utterly sincere. More than anything else, her personality shines through her work. Morrissey once said, “Shyness is nice / And shyness will stop you / From doing all the things in life you want to.” Not for our Nara! In album after album, you find a quiet, reflective person who simply refuses to let her shyness stop her from saying what she wants to say, how she wants to say it.

By the late 70s, many of our heroes of Bossa and MBP had wafted off into schmaltzy irrelevance. But again, not our Nara. On this disc, composed of duets with her closest musical friends, she even manages to keep some of those heroes from drifting. It’s an all-star lineup: the first three tracks are with Gilberto Gil, Caetano Veloso, and Erasmo Carlos — hard to imagine a better trifecta… and then she does a song with Edu Lobo!

All the songs on Side 1 are *awesome*. Opener “Sarará Miolo” with Gil is light and bouncy, picking up some of the Juju rhythms Gil and Veloso brought back with them that year from Lagos. “Meu Ego,” with Erasmo, is a loungy extension of the glossy sound from his insane Sonhos e Memorias, featuring that same electric-eel bass. My favourite song on the disc is “Chegando De Mansinho,” featuring accordionist Dominguinhos — about whom I confess to knowing nothing other than that his accordion riff here rules.

The disc’s title translates to “My Friends Are Cheap.” Well, that’s surely not the case — but amazingly, this disc *is* cheap. Like so many things in life, the very best and very best-sounding Brazilian records — especially of the 70s — are often insanely expensive. But this record sounds INCREDIBLE — as good as any stereo 1970s Brazilian record I’ve heard. And that’s a super-high standard.